Healing emotions is a powerful part of the healing process. Usually, emotions are dismissed as annoying or insignificant in our day-to-day life. But we don’t realize the power they hold over us. Emotions are the glue. They are what makes us more human capable of feeling happiness, sadness or joy. Without emotions we would be nothing more than robots.

Emotions and Patterns
Emotions are very important to understand and acknowledge because most of our health issues – which we call psychosomatic – are actually caused by blocked emotions. When an emotion arises in our body as a response to the environment and its interpretation, it is an energy that needs to flow. We can use that energy to take an action in that situation. But because emotions can be overwhelming at times, they are usually suppressed and not allowed to flow out and be done with it. This causes them to get locked inside the body.

But that is not all. When they get blocked, they also anchor with themselves specific memories or behaviours or responses which we call learnings. It means that whenever that memory or something related is triggered, it will in turn trigger the same emotion which will in turn bring all the behaviours or responses that we experienced and enacted in that original instance when the emotion got locked inside us.

Why is Healing Emotions & Patterns Important?

This anchor creates a set response in our system such that whenever that trigger hits us, we will react in the similar manner as the way we reacted in the original instance. This creates a pattern. To understand the depth of this phenomenon, consider this example.

Suppose As a kid, you accidently broke mother’s expensive China Vase. In response, mother screamed at you and perhaps even slapped you. This behaviour of the mother created an emotional response of fear and shock within your body which is very natural. As a result of this emotion, you froze in that moment, couldn’t speak up, experienced a loss of voice in that moment and felt blocked in the throat and chest. Since this was a significant event and the shock and fear was not given a chance to be released from the body (because you had to put up a brave face, not cry, not complain and were not hugged or soothed in that moment), the shock and fear got stuck or locked in the body along with the memory of the incidence.

In future, as an adult, when you are working in the office and the boss (an authority figure like mother or father) calls you out and tells you about a job not well done in a harsh criticizing tone, you experience a similar response – frozen, cant speak up, loss of voice or constriction in the throat – in your body.

In such a situation there can be multiple responses from being frozen to being perfectly calm and speaking about why it happened or why could the work be not performed according to the boss’s expectations to even feeling neutral or not affected by the criticism. Although you are an adult now, yet the body experiences similar feelings in varying intensity because that emotion and memory is anchored in your system. Every time something similar is triggered, the body experiences the similar feelings and reactions.

The reason this is happening is because the emotions act like a glue and keep the memory locked in place so that the body can respond to such a situation and survive. This is also the reason why a song or a smell reminds you of a particular bitter or sweet memory or person. This is because of anchoring. But when the anchor is for a negative memory that pulls us down, an easy way to release that anchor is through EFT (emotional freedom technique) or tapping.

EFT or Tapping Heals the Patterns

EFT or tapping releases the emotion or stuck energy from the body. The moment that happens, the memory loses its hold and it no longer affects us the way it used to. When this happens, we no longer react to that situation in a manner we used to; we come to a point where we can respond to the situation, we can choose our responses.

When we do tapping, it send small electrical impulses through the body’s energy system and releases any energy blocks that may be there thus making us feel more free, lighter and open to looking at situations from a different perspective.

Many researches have shown that EFT or tapping helps lower stress levels quickly from the body even affecting the blood chemistry in a positive way.

Our dominant medical model does not believe that physiological processes such as red blood cell clumping are under the control of a patient’s conscious mind. Reversing red blood cell clumping usually takes months of treatment, if it can be accomplished at all. Yet in this case, two rounds of EFT, lasting just a few minutes, were enough to produce an immediate and visible change in the degree of cell clumping.

Create the Life You Want
Tapping or EFT is a powerful way to change patterns in life, in every area of life like relationships, health, career, finances and love. It releases the stuck energy in our body such that we no longer are a slave of our conditioning, we don’t react to situations but can choose to respond in an appropriate manner. Tapping can help us manifest a life we have always wanted.

One thought on “Heal Your Patterns with EFT” 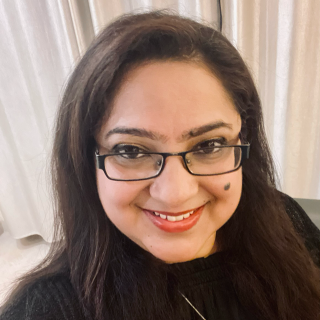 I am a Life Coach, Trainer, Healer and Tarot Reader. With a degree in MBA and Psychology, I have been passionately working with individuals helping them resolve health, wealth and relationship challenges since the last 7 years. I am trained in EFT, Matrix Reimprinting, NLP, Hypnosis and Breakthrough coaching and healing modalities like Reiki, Magnified Healing and Angel Therapy.